​Denis has been fly fishing for 30+ years and was one of the first in Québec to be certified as a fly casting instructor by Fly Fishers International (FFI) . While most of his angling time is spent guiding and instructing in the Mont-Tremblant area, his experience extends to some of the best trout waters in Canada, the US and New-Zealand including in British-Colombia, Alberta and Montana, as well as the salmon rivers of the Gaspé region and the Maritimes. He is also an avid saltwater fly angler that looks forward to every travel opportunity to the East coast and Carribean saltwaters. Denis has been a regular member of Team EnDiablés at Canadian National Fly Fishing Championships (NFFC) and was a member of the 2008, 2012 and 2015 NFFC organizing committees as well for the 2016 Commonwealth Fly Fishing Championships when the events were held in Tremblant. Each year he is also actively involved in hosting the Quebec Fly Fishing Championships in Tremblant. Founder of the Moucheurs EnDiablés Fly Fishers, Denis takes a personal interest in the conservation efforts of the area and participates on various fisheries management projects.  When not on the water or attending sports shows, Denis spends his time as a CSIA certified ski instructor on area mountain ski resorts.
__________________________

as guiding on the Diable River.  He has been a big part of the guiding and training programs at NaturAventur for several years.  Passionate about fly fishing, his angling experience extends to light tackle, down-rigging and ice-fishing.

including stillwater loch-style, Czech nymphing and dry fly tactics. His experience covers North America, Europe and the Caribbean with over 30 fish species caught.  Ivo is very active on the competitive fly fishing circuit in Canada and the US and has consistently placed well as an individual and with his team in the Canadian National Flyfishing Championships and the Quebec Provincials.  He was a member of the 2013 Canada National Fly Fishing Team. Find out more about Ivo at IB Flyfishing.

thanks to ALL our suppliers of performance products:

AND TO OUR PARTNERS: 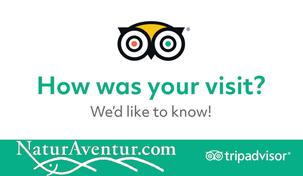 ​NaturAventur is the exclusive sponsor of the Diable River Catch & Release Program.

The Diable River and Baroux Outfitters lakes have been the NFFC

NaturAventur and Staff actively support programs, projects and activities of the EnDiablés Flyfishers.